When my 13-month-old daughter cries, there could literally be a million reasons why: dirty diaper, I walked into the other room, her foot came out of her footie pajamas, her apple juice is too watery, she wants booby (trying to wean, throw me some tips, moms) or one of her many musical toys (finally) stopped working.

I could go on forever, baby!

Although it can be hard to decipher all of your baby’s cries, it’s really learning how to stop the tears that matter to most moms.

And, guess what, I finally figured out how to not only stop my child mid-scream but also how to raise a brighter child.

Yup, that’s it. Baby Shark are the two magical words that stop my little girl from screaming her head off. I repeat the phrase over and over until I can pop open the iPad and press play on her favorite dancing shark video.

I don’t even feel bad when I put this wondrous electronic babysitter on repeat 20 times as I milk my time in the shower daydreaming about laundry that folds itself.

Because, in actuality, putting Baby Shark on repeat is making my child smarter.

Yas, queen!! We don’t have to feel guilty anymore!

Children who watch the same video or read the same book repeatedly pick up vocabulary presented in those stories quicker than kids who digest a wider variety of media.

According to a study conducted by Dr. Jessica Horst of the University of Sussex, children were separated into two groups. One of the groups read the same book with new vocabulary several times. The other read a variety of books with new vocabulary.

“At the end of the study, the children were tested, and those who had been exposed to the same story over and over demonstrated an understanding of many new words, while the other group retained very little new information.”

Young children love repetition, beyond saying mommy 208 times a day, watching the same Disney video or listening to the same nursery songs is the best way for them to acquire and master new skills. To learn something well, children practice it until they get it right, hence the repeated watching.

“It’s not the number of books, but the repetition of each book that leads to greater learning. We know that children who watch the same TV program over and over again do better in comprehension tests,” says Dr. Horst.

While it can occasionally worsen mom’s migraine (or throw her last ounce of sanity to the wind) to hear the same YouTube video or to read the same book for the hundredth time that week, know that you are helping your child to become their best and brightest self.

And, I think I can afford to lose an ounce of my sanity to that.

What children’s show does your child enjoy watching on repeat? 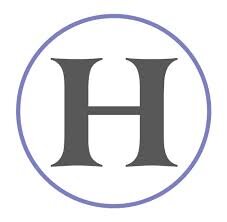 The Cultured Baby is a participant in the Amazon Services LLC Associates Program, an affiliate advertising program designed to provide a means for us to earn fees by linking to Amazon.com and affiliated sites.